Be it the news, press, or even generally hearing about it. In some instances, you made a phone call to Penang Port, and you found out that you might have been redirected to another “Penang Port”. You might wonder if Penang Port acts as two different entities. That is because they are – we have the Port Authority; Penang Port Commission (PPC) and Port Operator; Penang Port Sdn Bhd (Penang Port). Both organisations play entirely different roles in working and moving forward together towards developing the Port of Penang.

A trip down memory lane, on 1st January 1956, PPC was established as the port authority of Penang Port under the Penang Port Commission Act 1955 (PPCA). PPC took over the ferry service and undertakings of the Penang Harbour Board and Prai Wharves undertakings of the Malayan Railway Administration since the early 19th century. The change resulted in modernised services, newly constructed ferry terminals, and a new fleet of vessels. Fast-forward to 1978, the Port of Penang became the first port in Malaysia to provide roll-on-roll-off facilities to container ships, then in 1984, the port introduced a Container Yard in Butterworth Deep Water Wharves (BDWW) and finally, the North Butterworth Container Terminal (NBCT) in 1991.

In line with the national privatisation policy which was implemented in 1990, the operation of the port was due to be privatised.  On the 1st January 1994 the operations of the port were corporatised to Penang Port Sdn. Bhd. (a company wholly owned by Ministry of Finance Incorporated).  PPC issued a license to Penang Port under the Ports (Privatisation Act) 1990 (PPA) and a Corporatisation Agreement was entered into between the Government of Malaysia, PPC and Penang Port to operate, manage, maintain, provide services and facilities, and develop the Port of Penang. In 2013, the operation of the port was fully privatized when Seaport Terminal (Johore) Sdn. Bhd. took over from Ministry of Finance Incorporated. Now MMC Group owns PPSB, starting 2017.

Currently, Penang Port’s main office is located on the 5th Floor of Penang Sentral in Butterworth, which is where the passenger and vehicle ferry terminal is also located nearby: 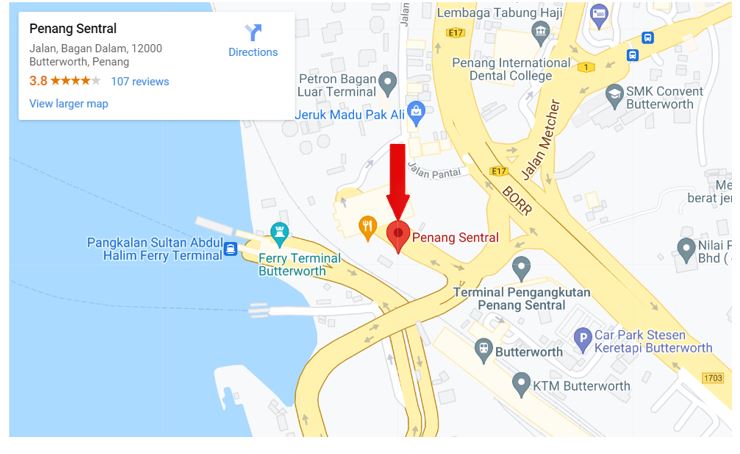 Meanwhile, PPC’s main office is located at No. 1A King Edward Place, George Town - more specifically on the 2nd floor of the Swettenham Pier Cruise Terminal: 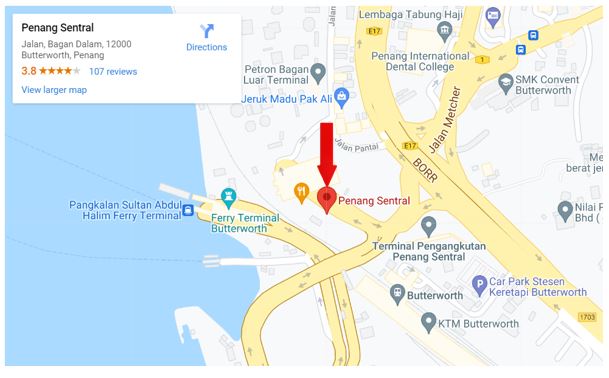 We now know that Penang Port is the Private Sector, and PPC is the Federal Statutory Body under the purview of Ministry of Transport. So how do they differ?

Under the Penang Port Commission Act, 1955, PPC is the Port Authority that:

Under the PPA, PPC is the Regulatory Authority that:

Under the Free Zone Act 1990, PPC is appointed as the Free Zone Authority that administers and maintain Free Commercial Zones (FCZ). Port installations that are gazetted as FCZ are the Butterworth Deep Water Wharves and North Butterworth Container Terminal.

Penang Port is poised to be the leading regional multipurpose port serving as the primary gateway to the Northern Region of Malaysia and Southern Thailand, prioritising the basins of the straits of Malacca and the Gulf of Bengal. Penang Port focuses on the business side of the port operation, such as:

3.1 Who Are Their Stakeholders? 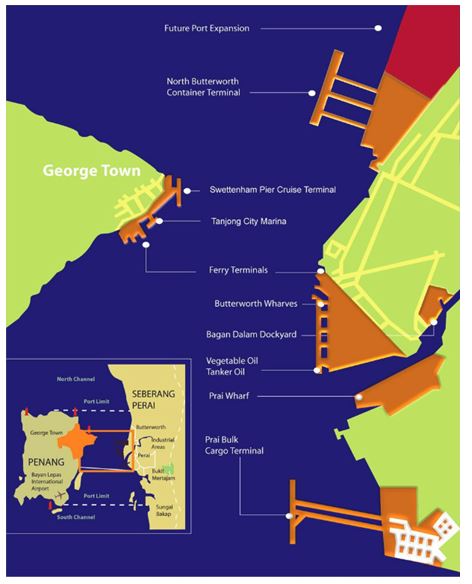 The areas of jurisdiction are as follows:

To view the full scope of Penang Port Organisational Chart: 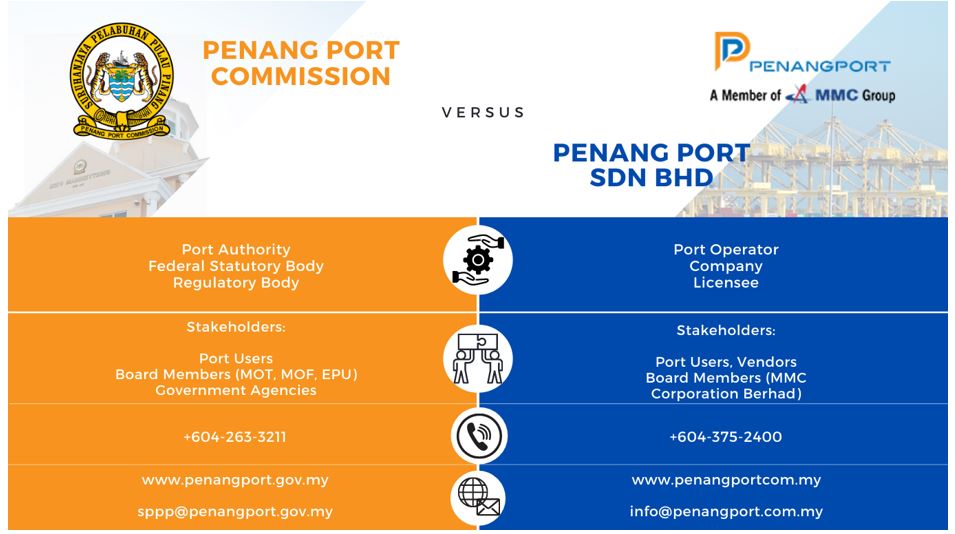